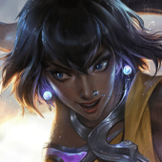 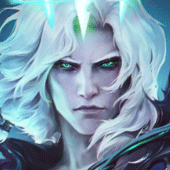 If you want to win a line and you don’t know how to do it, a main advantage over your opponent is to choose a champion to counter him.

And what does it mean to counter a champion?

Simple, it means that the skill set of the champion you choose is the opposite of the opponent. For example, if you are playing a mage, you will have to take X assassins, since not all of them will work. Or if they are playing an assassin, play a tank, and so on.

It seems something very simple, but this can decide a victory for you and your allies, so you have to always keep in mind what is the counter of each character.

To know which champions are counters of each other will be simple, for example, we do not know what to play against a particular champion with our picks and we know that makes us counter, as for example we play Volibear and we play Gwen continuously, because to beat this line what you should do is look for the counter of Gwen to know what to win the line and how to do it, as we explain how to play against any champion.

If you debate on which champion is better to play against a Shyvana AP for example, we will tell you that what you have to do is to play an early champion to take advantage when she can’t and get a victory in mid game.

To be able to take priority in the mid lane and make objectives with your teammates and rotate towards the bot lane for example, it will be important to play with an advantage over the opponent, and there is no better way to do it than with a counter of your line.

We add them together because they are closely linked to each other, if our ADC takes an Ezreal to play more passive, it is not very advisable to choose a Pyke (unless they play a Serpahine and we want to counter him for example).

They will go hand in hand, so sometimes having a good synergy with your ADC when choosing a champion will be what will decide if you can win the line and then the game, so be attentive and look at what champions counter the enemy botlane.

Here you will find how to win in SoloQ and DuoQ queue and even Flex, since knowing a good pick to play against your enemy you already have a lot done, so it is important to know how to do it correctly to end up winning a game and those dear LPs.

Counter Pick comes from all MOBAs not only from League of Legends, all experienced players know that you have a much better game if you have the counter of your opponent.

Obviously if you have played a champion a lot and they play a counter of yours and they have never played that character you have the chance to win, but if they have played it minimally they will have a very comfortable and easy line compared to any other character.

One of the biggest keys to get a victory in League of Legends is to choose your champion well either by taste or because they are in the meta or simply because they counter their opponent, to be able to win the 1vs1 fights and be able to zone them to end up winning in CS as well as if you can kill them.

By having a dominant line on the opponent by choosing a counter of the opponent, you can help to make objectives to all your team and help your jungler if he gets into trouble with the enemy jungler to be able to make a 2vs1 and gain an even greater advantage in the whole game.

For example you can go through some of our guides as counter Yone or counter Yasuo, as they are very tedious champions which is difficult to deal with them with conventional champions or for example if you are in the top lane and you have to play against a ranged champion, it will be unconventional and will be very complicated so we also leave you the guide on how to counter Gnar or Urgot’s counter.

We use cookies on our website to give you the most relevant experience by remembering your preferences and repeat visits. By clicking “Accept All”, you consent to the use of ALL the cookies. However, you may visit "Cookie Settings" to provide a controlled consent.
Cookie SettingsAccept All
Manage consent

This website uses cookies to improve your experience while you navigate through the website. Out of these, the cookies that are categorized as necessary are stored on your browser as they are essential for the working of basic functionalities of the website. We also use third-party cookies that help us analyze and understand how you use this website. These cookies will be stored in your browser only with your consent. You also have the option to opt-out of these cookies. But opting out of some of these cookies may affect your browsing experience.
SAVE & ACCEPT